Faith, Intervention, Kismet or What?

Faith, Intervention, Kismet or What? 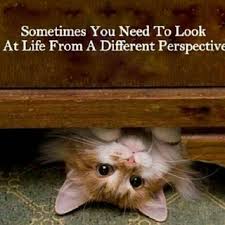 Many years ago when I was a child we lived in a house with a white picket fence. (Cliche yes I know, but true.) The yard was a huge corner lot where all the neighborhood kids would come to play. There were always games of some kind set up in the yard. "Yes, to the children of today we actually played OUT-DOORS", no devises or wifi needed. :)

In the neighborhood, there was a family with some teenage boys. I guess the boys were pretty good people but, they were boys! We would go to my grandparents on the weekend. We left on Friday and come home on Sunday. Many times to return to a portion of the picket fence torn down. This happened many times. One weekend, we came home to not only a 4 to 8-foot section torn down but they had actually burned it. When we got home it was still smoking!

I remember one night actually hearing the nails being pulled out of the post because we didn't have air conditioning and windows were left open. I didn't tell my parents because my dad had said if he ever caught them he was going to shoot them. Next morning, sure enough, it had happened again this time while we were there! I guess the boys either got tired of it or grew up some but eventually, it did stop.

Fast forward around 12 years, one marriage, one child and one divorce later. I noticed this extremely good looking guy come where I worked and started playing the video games. I couldn't stop looking at him. He came in many different times (it's a long story so...) to the Kismet part of this story it turned out that the guy I met, dated and have been married to almost 39 years is the son of one of the boys that kept tearing down our fence, was it Fate, intervention, kismet or what? I don't know you decide... :)

P.S. When my parents found out well that's another story...LOL

Bless you and all those lives you touch,
Susan